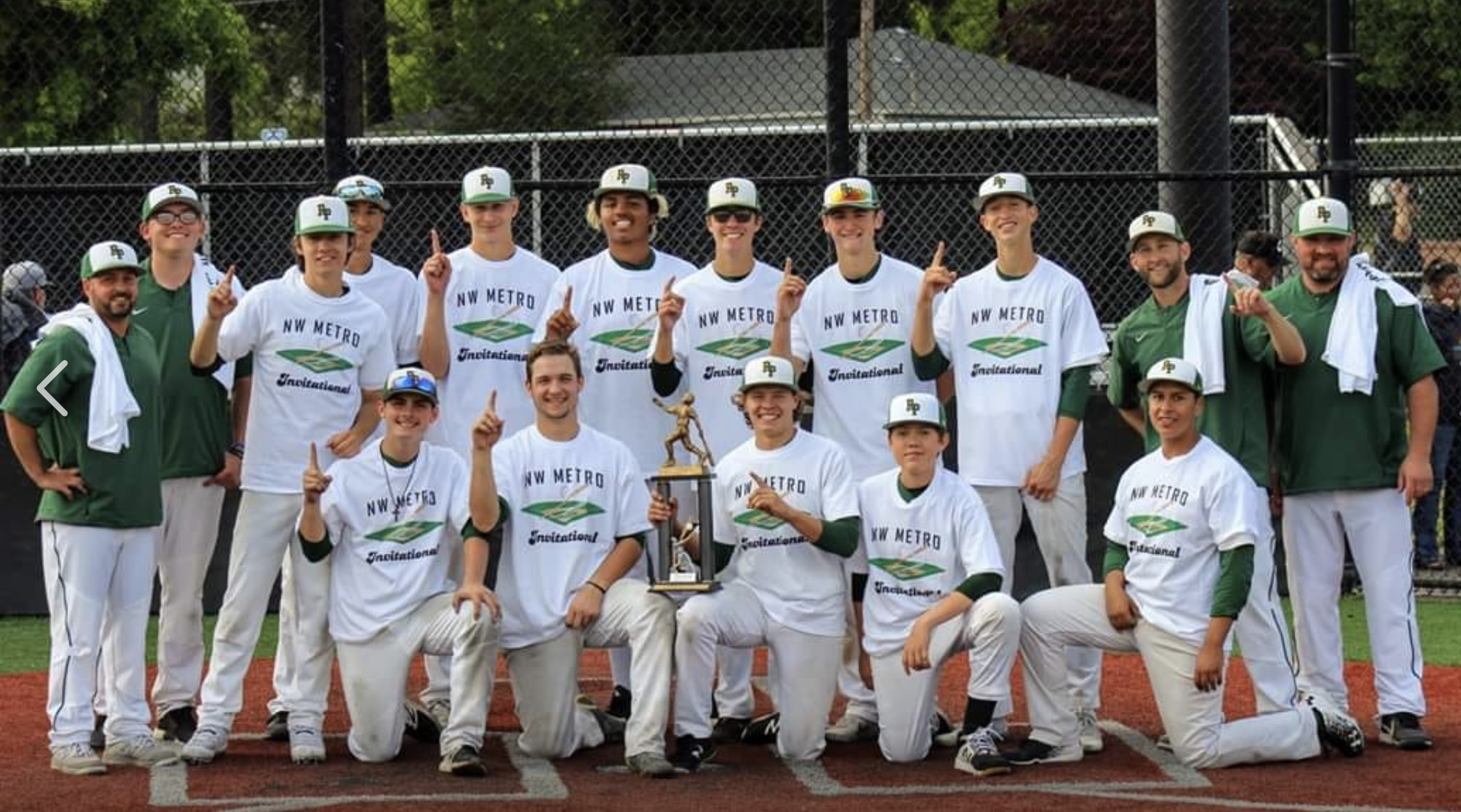 Rex Putnam’s summer baseball team sponsored by Taylor Electric had a big Tournament win over the weekend. In pool play, Taylor went 2-1 with wins over Southridge (8-1) and Liberty High Schools (8-0), and a loss to Clackamas (0-3). They won the tie breaker by only allowing 4 runs in pool play which got them into the semifinals on Sunday.

Game 1 put Taylor up against Jesuit High School. Austin Hayes started the game on the hill for Taylor and went the whole game, getting the win. Hayes carried a no hitter into the 7th inning before giving up his only hit of the game. He ended with 15 strikeouts to only 2 walks. Offensively, the team was 9 for 27 in the game hitting .333. Jayden Junta and John Irish lead the way with 2 hits apiece. Up 2 in the top of the 7th, Taylor scored an insurance run on a well executed squeeze play with Jason Young scoring Sam Sholty on the play. The win would get Taylor into the championship game, a rematch against Clackamas.

Game 2 started with KJ Ruffo on the mound for Taylor. Ruffo would go 4 shut out innings, walking 4 and striking out 4, before handing the ball off to Vinny Salvione and eventually Nick Geertsen. Salvione and Jason Young lead the way offensively for Taylor. Salvione came up clutch with a bases clearing single in the 6th inning, and Jason Young scored 2 runs on the day while getting on base 3 times. A rally in the 7th inning by Clackamas came up short when Geertsen got the last hitter of the game to strike out looking; clinching the 6-5 win and the first place tournament victory.

No Events This Week

Events are added by athletic staff.
View All Events